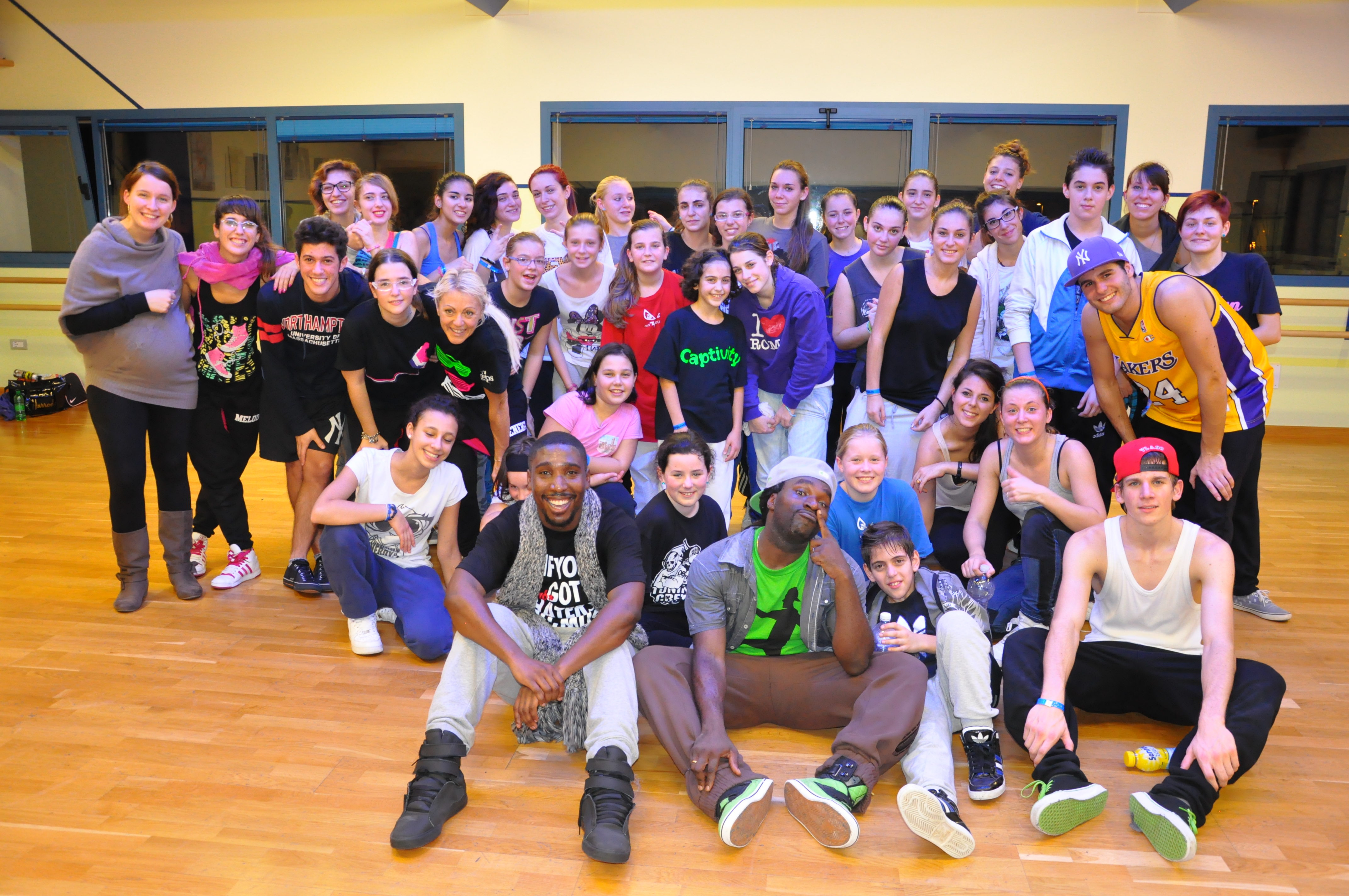 On December 18, 2012
By admin
Category: Uncategorized

I returned from Italy and Germany just a few weeks ago.  I had two VERY SUCCESSFUL workshops.  About 50 dancers came to my workshop in Italy (not everyone is pictured) and about 100 dancers came to my first workshop in Germany!  Thank you to everyone that came out and a huge thank to you to Fransu, Sara, and David Rebel for organizing the events.  I had such a wonderful time teaching, but an even more magical time meeting parents and seeing your beautiful countries!  The wine was great too

All throughout my trip, students kept asking me if I had a website.  Someone brought this up to me on my trip from Europe to Los Angeles last year, and I took the advice but didn’t really think about it again. Story of my life!  So this time, when people asked me literally everyday if I had a website, I knew it was an obstacle I needed to tackle ASAP!  Let me know your thoughts, both good and bad.  I definitely want your advice!

I’m not going to lie, my schedule from August till the end of November was nuts.  I know what it’s like to be busy, but those months were insane.  One of my agents didn’t even know how I was juggling everything.  In September, I went to Tokyo to teach for 2 weeks.  I was supposed to arrive back in LA on Sunday, September 23rd but my flight from Tokyo to Los Angeles got cancelled due to the plane’s engine.  I ended up arriving on Monday, September 24th at 8am.  Immediately after landing,  I went straight into rehearsals for a movie with Katee Shean. She was the Choreographer, and I was the Assistant Choreographer.

The next 7 weeks were cray cray.  I balanced creating solos and choreographing group numbers for studios and schools, finding and moving into a new apartment, shooting a campaign for marriage equality, with working on this movie. It was definitely chaotic at times but sooo much fun!  Coincidentally, the last day that Katee and I had to be on set was the day I was heading to Europe.  Katee pointed it out on our way to LAX,  “7 weeks ago, I flew from Tokyo to LA, and we started working on a movie.  7 weeks later, we finished the movie, and I was heading back to the airport to go to Europe .”

When I travel, I don’t have an assistant.  Nancy O’Meara, choreographer for pretty much everything Disney, Carly Rae Jepsen, and every teeny bopper over the past decade, kind of sort of JUST got an assistant, so I figure I don’t need one either!  Nevertheless, I need to record my choreography when I travel, because jet lag is a sneaky little rascal.  I learned early on to start recording my choreography when I get the energy. Whether I’m at the airport, whether I’m on the subway in Tokyo, if I have a camera with me, it needs to be recorded.

The video above shows some of the work that goes into creating choreography while traveling.  I did not film that footage thinking I would make it available to the public.  It was for my personal use.  But no matter how many times I tell people I work while I’m traveling, I think people either forget or think I’m joking.  People just see the status update and often think “he’s on vacation.”  Well, I’m not and that’s the proof!  And anyone that knows me knows that I take my time choreographing and will still change it about 100 times; the video above is not even the final version. PS, Most teachers and choreographers create while traveling. I’m definitely not the only one.  I just don’t think many teachers post videos of themselves going through the process. 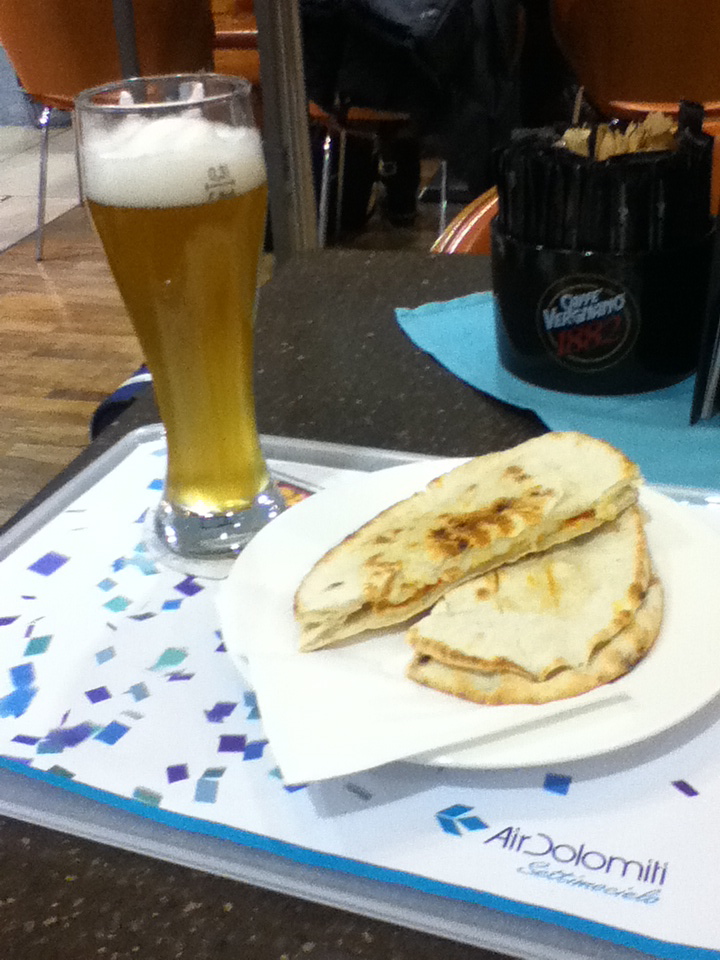 The Best Panini EVER

Anyway, my point is that while what I do can be a lot of fun and has certainly turned out to be ONE HELL OF A JOURNEY–and I don’t take it for granted at all–there’s also a great deal of work involved.  Working on choreography after flying for 11 hours is 100% not glamorous.  But I do it, and I do it willingly, because dancing is all I’ve ever wanted to do.  These are memories that I will have for the rest of my life.  I was talking to my dance teacher, Lisa Clark, a few days ago.  I told her how there are stores and restaurants that I stop in at every airport I fly to abroad.  For example, there’s this Panini Place that I LOVE in Munich, Germany.  It’s made with tomatoes and mozzarella and is insanely amazingly delicious!  I had been to this place just once before in 2011.  When I went to the place on November 8th, 2012, the server remembered me.  It’s always the little things that take my breath away.